The Company wishes to advise that it is currently in discussions with various government departments over interpretations of tax exemptions pertaining to OceanaGold’s Financial and Technical Assistance Agreement (FTAA). Didipio is the first project to be built and commence operations in the Philippines under the FTAA structure. Due to these clarifications on tax exemptions being sought, some of the trucks used for transporting concentrate are being held by local government agencies and thus transportation of copper-gold concentrate has been temporarily suspended. While these discussions take place, mining and processing operations continue.

"If within three months our negotiations yield no results, the government will unilaterally cancel the agreement,"


“We are very confident in the integrity of the agreement we have in place,” Andy Lloyd, a Barrick spokesman, said in an e-mailed statement. “It is legally binding on both the company and the state and cannot be changed unilaterally by either party. However, Barrick views the government of the Dominican Republic as a partner and is always willing to discuss in good faith the circumstances of the company’s operations in the country.”

När jag ändå håller på, detta är vad en fjärde större producent råkade ut för knappt två månader sen:
Exports, meanwhile, have been delayed by “an unforeseen and arbitrary request from customs officials for prior approval by the minister of finance”.
As a result of the shortfall in fuel and working capital, “the decision has been taken to suspend operations at Sukari and to place the mine on care and maintenance until these issues are satisfactorily resolved”. 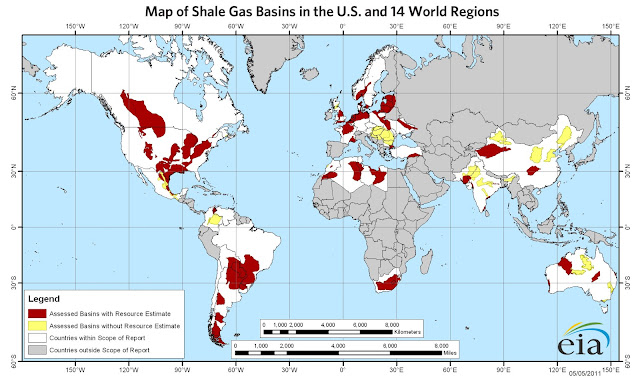 Läget för Tyskland kan läsas här:
Opposition from Germany's powerful environmental lobby is dimming prospects
In both, the Greens are partnered with the centre-left Social Democrats (SPD), who also have reservations about shale gas.

"Many German firms have opted for [relocation to] the United States, saying energy prices were the decisive factor."
Upplagd av Original_Braila kl. 18:06 3 kommentarer:

Investors do not believe that companies will be able to find and develop gold mines at a reasonable cost because the gold milling return is often less than 1 gram per ton (1 g/t) of ore. There is a growing fear that if the miners develop technology to extract more gold, governments will jump in and make life miserable for them. Or that radicals will stop production because of alleged pollution, destruction of water or just plain because the miners are capitalists. The flow of capital for developing new gold mines has been choked off over unprecedented price increases. The situation is a total disconnect.

These are clearly tumultuous times for the mineral resource sector. However, in spite of the current volatile markets, redemptions and general economic uncertainties, management believes that high-margin, robust gold development projects in supportive jurisdictions, such as Lydian’s Amulsar project, continue to be attractive to investors and financiers. Why? Because we believe that the existing market is principally about margin, and the cash costs at Amulsar at present are estimated to be merely USD$470/ounce (based on the current feasibility study).

Lydian continues to be well-positioned to effectively carry out its current stated business objectives at its Amulsar project, which include, among other things, remaining focussed on the following:

• Continuing to refine its mine-design options to best reflect the underlying resource potential and ultimate crushing and stacking capacity and satisfy any environmental and social requirements;

• Completing a new mineral resource estimate based on the results of Lydian’s 2012 drill program;

• Completing an updated feasibility study for the Amulsar project (currently scheduled to be released in July 2013); obtaining the necessary permits in connection with Lydian’s new proposed site-layout plans (good progress is being made in this regard and, at present, no delays are anticipated); and

• Commencing its 2013 40,000 meter drilling program in May/June 2013 (which means that major exploration and development costs are not expected to be incurred until mid-year).

Lydian continues to have sufficient cash on hand to fund its near-term business objectives and, accordingly, does not have any current plans to seek any equity or debt financing in the capital markets at the present time. However, the company continues to explore a variety of potential sources of funding to fund its continued development of the Amulsar project.

The various future financing strategies that are currently being examined by the company include both traditional debt and equity project finance options and non-traditional alternatives such as a royalty or a silver by-product stream. Management believes that, if Lydian receives its updated feasibility study and the necessary permits by the end of Q2 2013 as anticipated, it will be in a good position to draw down on such available alternative financing at that time, if desirable, to provide Lydian with the capital it requires to further develop Amulsar through 2013 and to Q2 2014. In this scenario, Lydian would then seek to access traditional project financing
in Q2 2014 to complete its mine construction.

Planned project financing in Q2 2014 is expected to consist of a combination of debt and equity, with early indications suggesting a 70% debt and 30% equity division. To date, fourteen potential lenders, including Lydian’s current shareholders, International Finance Corporation and the European Bank for Reconstruction and Development, have expressed interest in providing the debt component of this project financing and have already visited the Amulsar project in Armenia. The company is in regular contact with these potential lenders, to assist them with developing their models and understanding the potential at Amulsar.

BNP Paribas after previously financing into Armenia said on the 20/02/13;
"“we remain very interested in raising the financing for Amulsar and welcome the additional studies that you are carrying to optimise the project. We remain on stand by for Q3 2013.” (Philippe Penet, Head of Metals & Mining, Structured Finance, BNP Paribas Bank, France)
Dutch Bank ING said 20/02/13;

“Lydian’s Amulsar project in Armenia presents itself as a future low-cost producer with anticipated stable revenue-generating capabilities supported by the project’s robust performance characteristics. Subject to our internal approvals we would be keen to assist Lydian International in developing the first modern gold operation in Armenia. A project finance structure, by a club of commercial, and possibly multilateral, debt providers, is perceived by us as the right way forward to make this happen.” (Dr Andor Lips, Vice President Natural Resources Metals and Mining, ING Bank, Netherlands)
The French Commercial bank Natixis said on the 5/7/12;

“On the basis of our preliminary review of available information and on the site visit, and subject to credit and other internal credit approvals, we are pleased to confirm Natixis’ interest to further study the possibility of financing part or portion of the project development”
“…..Based on our preliminary discussions and on Lydian’s strong corporate profile, Natixis would be pleased to support Lydian’s approach to structure the financing as a club deal, in which 4 to 6 institutions could participate”
“…..We look forward to supporting Lydian in this important development”

The company understands that lending banks are interested in pay-back only (not market capital) and, accordingly, Lydian’s production model anticipates commencing production at 10Mtpa or even more annual production from year one, using a single primary gyratory cone crusher. Under this model, the company would achieve about 250,000 ounces gold production in the first year of production and through life of mine, which we believe significantly increases the debt capacity of Amulsar.

Based on the management’s analysis of available public information, at current estimated resources and reserves, cash costs of only $470/ounce and annual production of 250,000 ounces, Amulsar is in the top 15% of gold projects and in the top three heap leach development projects throughout the world.

At times like these there is a propensity for markets to be indiscriminate, with all boats floated out on the same tide. The rising tide, however, will be less indiscriminate;only robust, high-margin projects like Amulsar will come bobbing back to bay!


A copy of the letter which the President of the American Titan told the Minister of Industrial Renewal why he threw in the towel on purchasing the Goodyear plant Amiens Nord
Here are some excerpts I transcribed from an image of the letter posted on Les Echos.

Goodyear tried for over four years to save part of the Amiens jobs that are some of the highest paid, but the French unions and French government did nothing but talk.

I have visited the factory a couple of times. The French workforce gets paid high wages but works only three hours. They get one hour for breaks and lunch, talk for three, and work for three. I told this to the French union workers to their faces. They told me that's the French way!

The Chinese are shipping tires into France - really all over Europe - and yet you do nothing. In five years, Michelin won't be able to produce tire in France. France will lose its industrial business because government is more government.

Sir, your letter states you want Titan to start a discussion. How stupid do you think we are? Titan is the one with money and talent to produce tires. What does the crazy union have? It has the French government. The French farmer wants cheap tire. He does not care if the tires are from China or India and governments are subsidizing them. Your government doesn't care either. "We're French!"

The US government is not much better than the French. Titan had to pay millions to Washington lawyers to sue the Chinese tire companies because of their subsidizing. Titan won. The government collects the duties. We don't get the duties, the government does.

Titan is going to buy a Chinese tire company or an Indian one, pay less than one Euro per hour and ship all the tires France needs. You can keep the so-called workers. Titan has no interest in the Amien North factory. 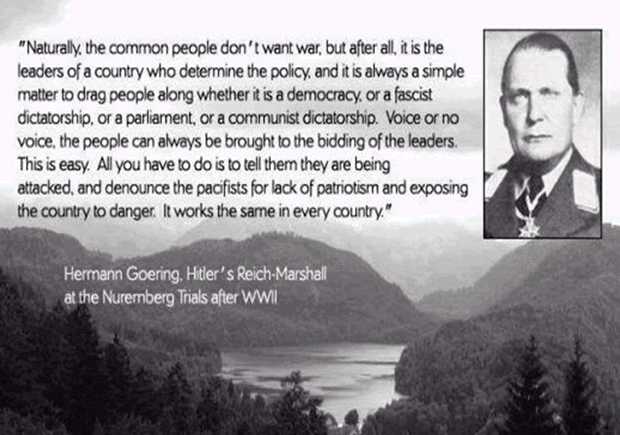 
2011 PEA antaget Potashpris 500 usd/ton
Highlights of the Danakhil Potash deposit PEA include:
• After-tax Net Present Value at 12% of US $1.85 billion;
• After-tax Internal Rate of Return of 36.8%;
• Total development capital expenditures including mining, processing facilities, port and logistics infrastructure ("CAPEX") of US $796 million;
• Total operating expenditures ("OPEX") on a per tonne basis (including production, transportation/handling, port, loading costs) FOB on the Vessel of US $90.54
• PEA is based on Annual Production of one million tonnes of MOP per year using solution mining;
• Potential to expand production to two million tonnes per year of MOP;
• SOP production potential to be examined during the ongoing feasibility study.